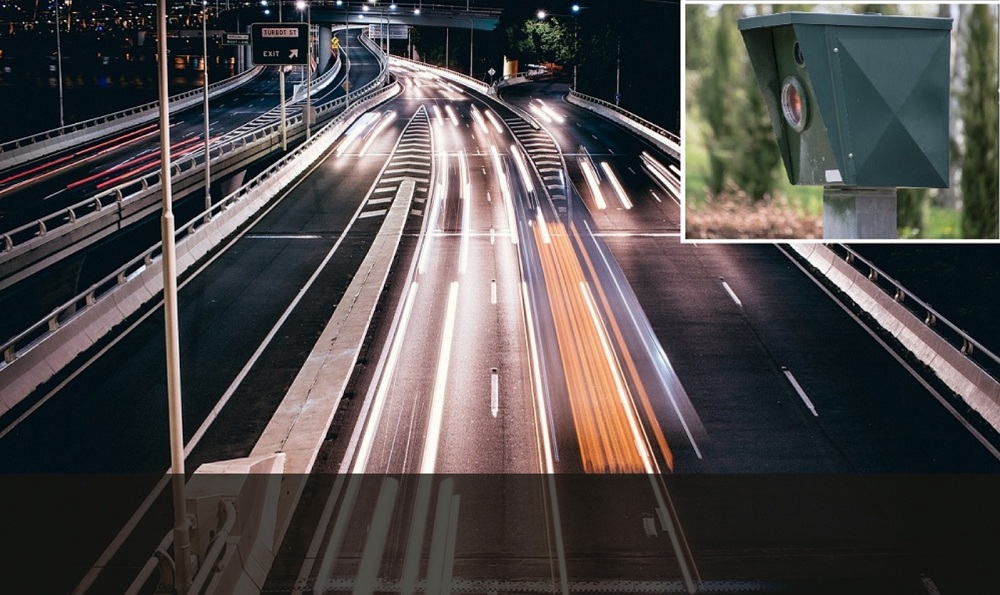 The “Vehicle speed detector” Additional module allows you to find and identify vehicles violating the speed limit in the monitored area. This module works in conjunction with the “License plate recognition” module, which detects a vehicle in the frame, looks for a license plate and recognizes its symbols, and the “ISKRA DA/40” hardware speed meter appliance, which refers data about speed limit violations to Xeoma. This combination can be used in conjunction with a system for automatic imposing fines in projects such as “Safe City”. Read about License plate recognition module here.

Works with all vehicles types:
Recognizes license plates of all vehicle types.

Any speed:
Works with any speed of a vehicle, and can be used in high-speed highways, etc.

Flexibility and versatility:
Various reactions, including custom ones, integration with third-party systems.

Any country:
Can work with license plates of all countries.
TYPICAL USES

The Vehicle speed detector helps to monitor compliance with the speed limit, so it can be used in any areas where it is vital, for example:

You’ve probably heard about speed meter appliances that monitor compliance with traffic rules in relation to speed limits, and about automatically issued fines based on data from such radars. With Xeoma, you can create your own video surveillance system with this and many other capabilities of Xeoma’s artificial intelligence. In addition, the “Vehicle speed ​​detector” module can be used at checkpoints of military instalaltions for early intrusion detection. 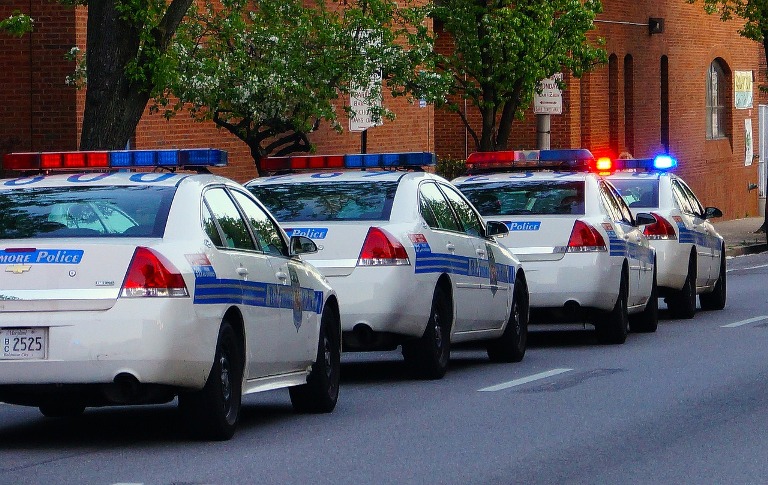 Compliance with the speed limit is required not only for road safety. Sometimes negligence on the road and the speed limit breaches in particular can bring enormous losses – for example, to logistics companies or enterprises working with hazardous (for example, explosive) substances. A speed meter appliance installation at the entrance of the territory or at key positions will make it easier to avoid accidents due to overspeeding. 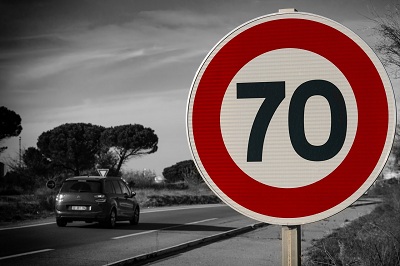 To work with this and other Xeoma features, an ordinary modern computer can be used. No separate or dedicated server required. The load from the Automatic License Plate Recognition module is on average 20% higher than that of a regular camera in the program, plus a very small load from the Vehicle speed ​​detector module. The only requirement is to connect the ISKRA DA/40 speed meter appliance.

No need for special cameras with embedded license plate recognition functionality, which allows significantly save money and provides system flexibility. All operations are done done on Xeoma side. High quality video stream is enough. Point the camera at an anggle that will allow computer vision clearly see license plates, and make sure that the lixense plate is in the camera’s field of view for at least a few seconds. The field of view of the camera and of the speed meter appliance should coincide as much as possible.

Xeoma Pro edition also has ways to measure the speed of a vehicle without using special equipment – with the help of modules “Speed ​​detection (sender)” and “Speed ​​detection (receiver)”. This bundle can determine the average speed of a moving vehicle by mathematical calculations and respond to violation of the speed limit. Read more about it here
And also:
• Using the “Color Recognition” module, you can detect a traffic offender who has driven through a red light;
• Traffic signals can be received with the help of the “Modbus” controllers module – suitable for any controllers operating via the “Modbus” protocol;
• Using the “Sending license plates to FTP” module, you can create an archive with the xml file, saving a recognized license plate and date of recognition, as well as a photograph of the vehicle itself. The module can send this xml file to the FTP server of the fine imposing system.

Xeoma’s License Plate Recognition can use both its own developments in license plate recognition and external third-party utilities such as openALPR, iANPR, AutoSDK VIT. Regardless of the chosen recognition method, you can use the “Vehicle speed detector” with the “ISKRA DA/40” speed meter appliance. Below you will learn more about working with the speed meter appliance complex in Xeoma video surveillance software.

1) Download the Xeoma version from the official website.
2) Launch, install the program to autorun and activate Xeoma Standard/Xeoma Pro license, the Additional module license (either via the program interface, or with the -activateOnline command) and, if necessary, activate the license for the selected utility for license plate recognition.
3) Add the License plate recognition module into the chain. To recognize license plates, we use our own algorithms included in Xeoma Pro edition or in the Additional module, or third-party utilities. Configure the modules’ chain, as it’s shown on the screenshot:

4) Set up the module “Vehicle speed detector”. For example, we use the following settings: 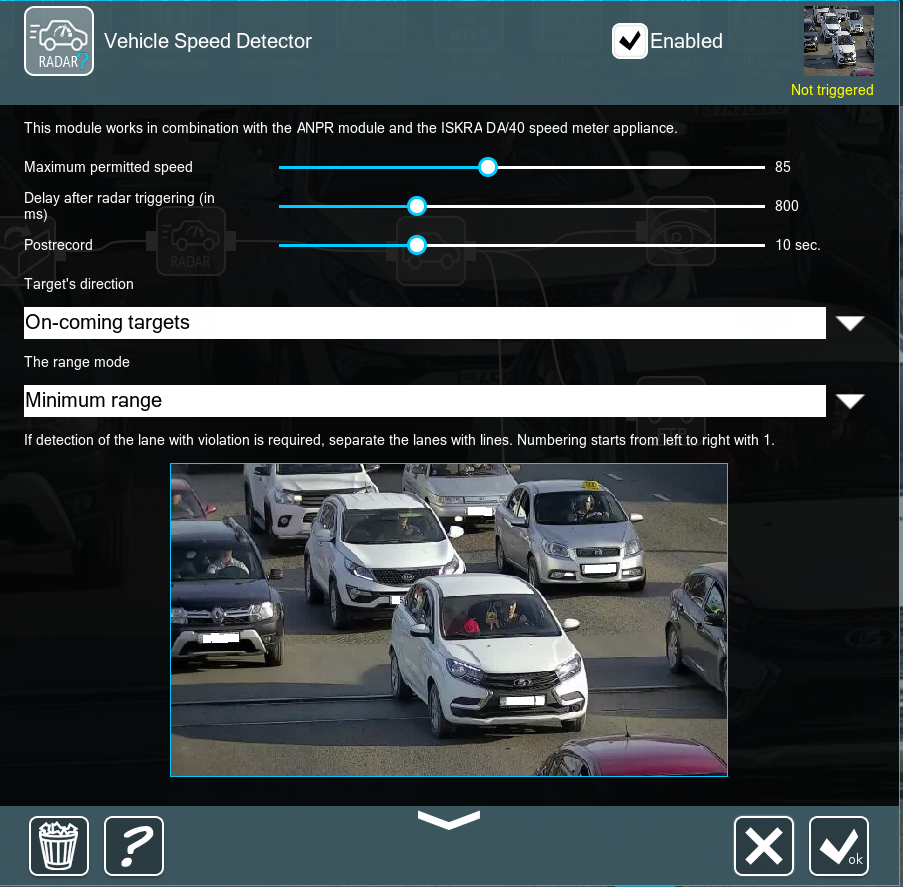 Here we set the maximum permitted speed, exceeding which will trigger the module.
Delay after radar triggering may be required if it is noticed that the radar determines the speed before the car appears in the frame – in our example we selected 800 ms, but this parameter may vary depending on the location of the camera and the radar;
Postrecord – is the time, during which the module will be seraching for a car that has exceeded the speed limit;
We chose On-coming target’s direction so that the radar detects only the speed of cars that are moving along the road on which the camera is installed (depends on the location of the radar);
The range mode – is the radar’s setting at what distance it will determine the speed. It has been experimentally found that the optimal value for now is the Minimum range.

5) The “License plate recognition” module has the following settings in our example: 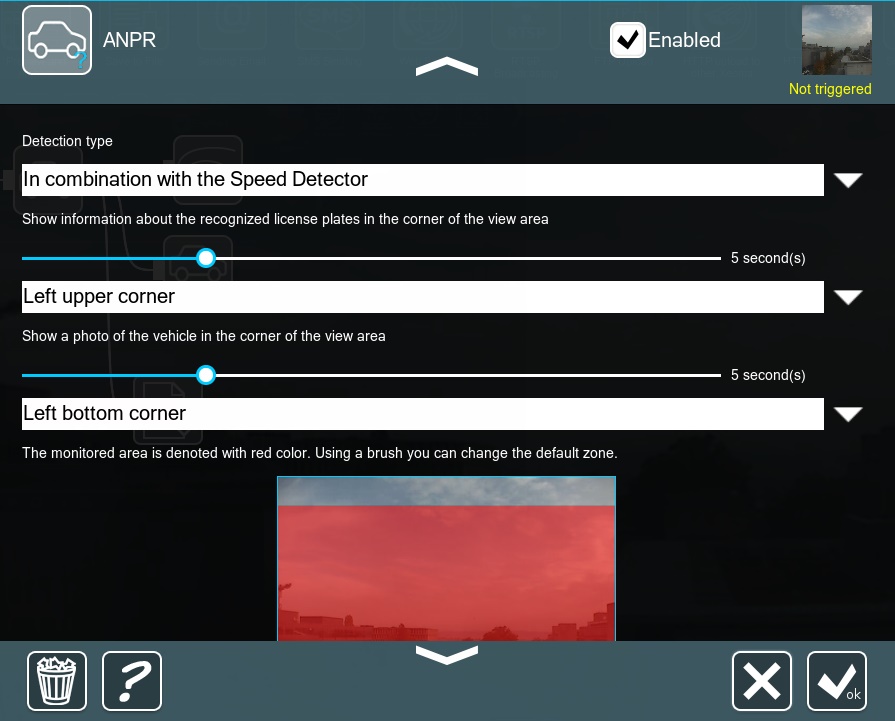 Starting from beta version Xeoma 20.11.30, an adjustment factor has been added to its settings to compensate for when the speed meter appliance is known to display a speed value that differs from the real one. This correction factor can be a coefficient (for example, enter 0.9 to decrease the value by 10%) or a plus/minus value to add or deduct a certain number (for example, 15).

In this module’s settings we have chosen to work with iANPR to recognize Russian and Kazakh license plates.

It is also important to select the type of work “In combination with the Speed Detector”.

Setting up a penalty system

Both the “License plate recognition” module and its combination with the “Vehicle speed detector” Additional module can be used in conjunction with automatic fining systems. Depending on the requirements of the target fining system, various modules and capabilities of Xeoma can be used – for example, the “ANPR sender to FTP” module, which generates an archive with a report file and a photograph of the offending car for each violation and sends this archive to FTP servers of fining systems. Let’s consider an example.

In the module’s chain (see above) we use the “ANPR sender to FTP” module. It uses the following settings:
(you can download the template file here: https://felenasoft.com/xeoma/downloads/other/test.xml) 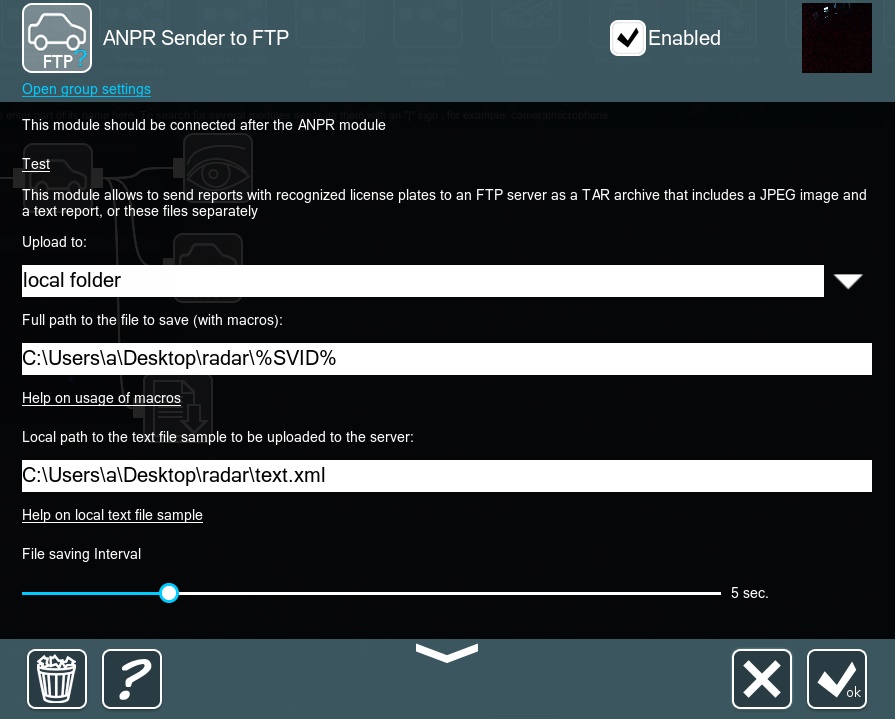 By the way, you can mark road stripes on the picture, so that XML report saves information about the stripe in which the violation has occurred. Mark the road stripes with lines from left to right, starting from 1 (stripe to the left of the line): 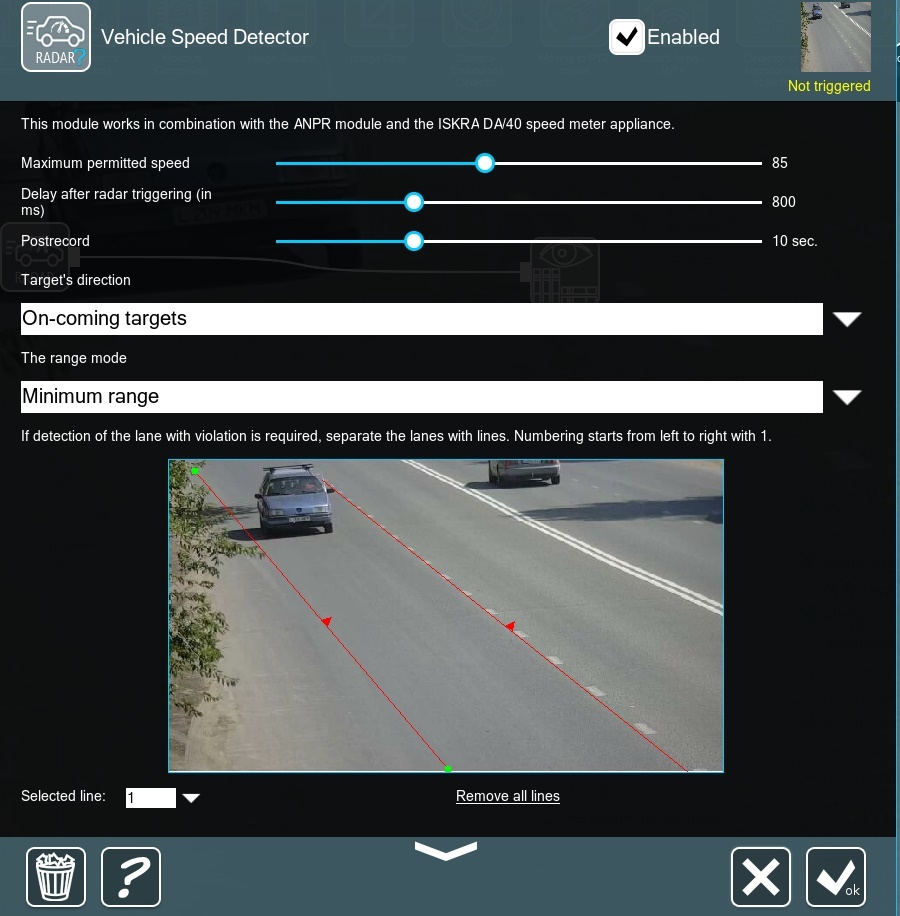 We also use the “Save to file” module to record multiple photos (optional) with the following settings: 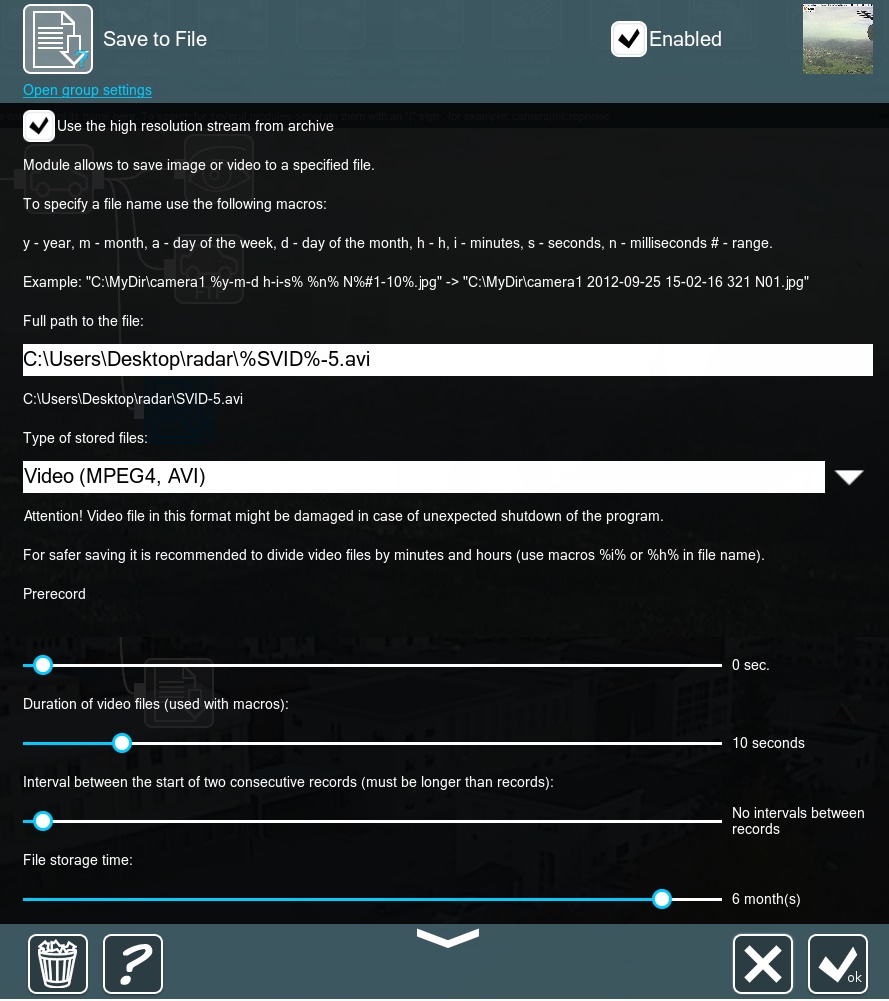 The% SVID% macro is used to automatically substitute the violation’s ID.

Try the Vehicle speed detector module in the Xeoma video surveillance software with a free trial license. Request it below:

Any questions? Assistance required? Reach out to us! We’ll be happy to help!