Video surveillance is used mostly for detecting unwanted visitors and controlling the activity of the others. However, there are many more threats to both life and business to be accounted for. The fires are, unfortunately, a rather common type of emergencies all over the globe. For example, in the US during 2013 alone over 1 million fires left nearly 16000 people injured and over 3000 dead. How many of them could have been prevented? Almost every single one. After all, the fires have to start somewhere, and if they are detected by smoke detector cameras and extinguished immediately after that, the damage is minimal. Therefore, the chief concern in preventing fires is early detection. One of the new features of Xeoma is a “Smoke Detector”. With this you can be sure that you are the first to know if any fire breaks out. Let us look at the module’s settings. 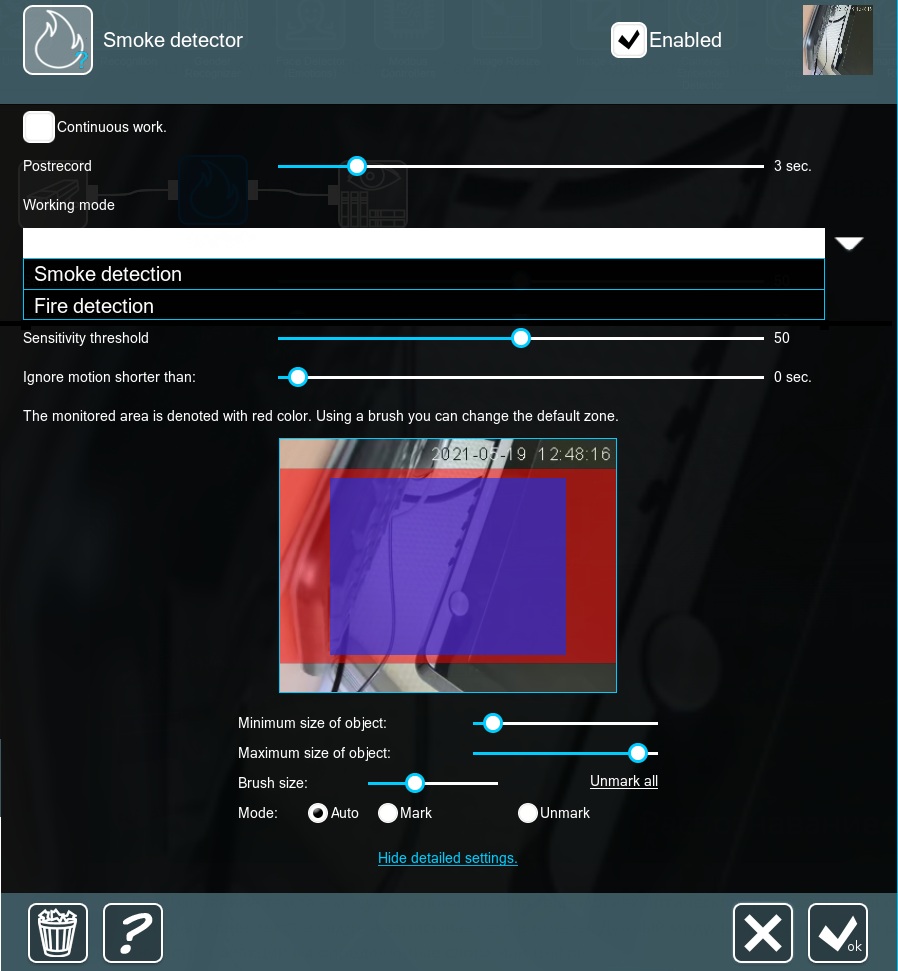 If you enable Continuous operation, the module won’t prevent the stream from being recorded in the Archive. This will allow us to search for the detected smoke in the Archive later.
You can also configure post-record option to record a period of time after the event (when the module detected smoke or fire).
In the module’s settings you can choose Working mode: Smoke detection or Fire detection.
The Sensitivity threshold helps to make sure that the detector is not triggered under normal circumstances (e.g. when somebody simply lights a match or a cigarette). However, if the place the camera monitors is supposed to be completely smoke-free, you can set the threshold very low.
Sometimes there can be a momentary gust of smoke or steam that you don’t want to detect either. This is where the slider Ignore motion shorter than steps in. Set it to a couple of seconds to filter these out.

Here is a chain you can use e.g. in a warehouse: 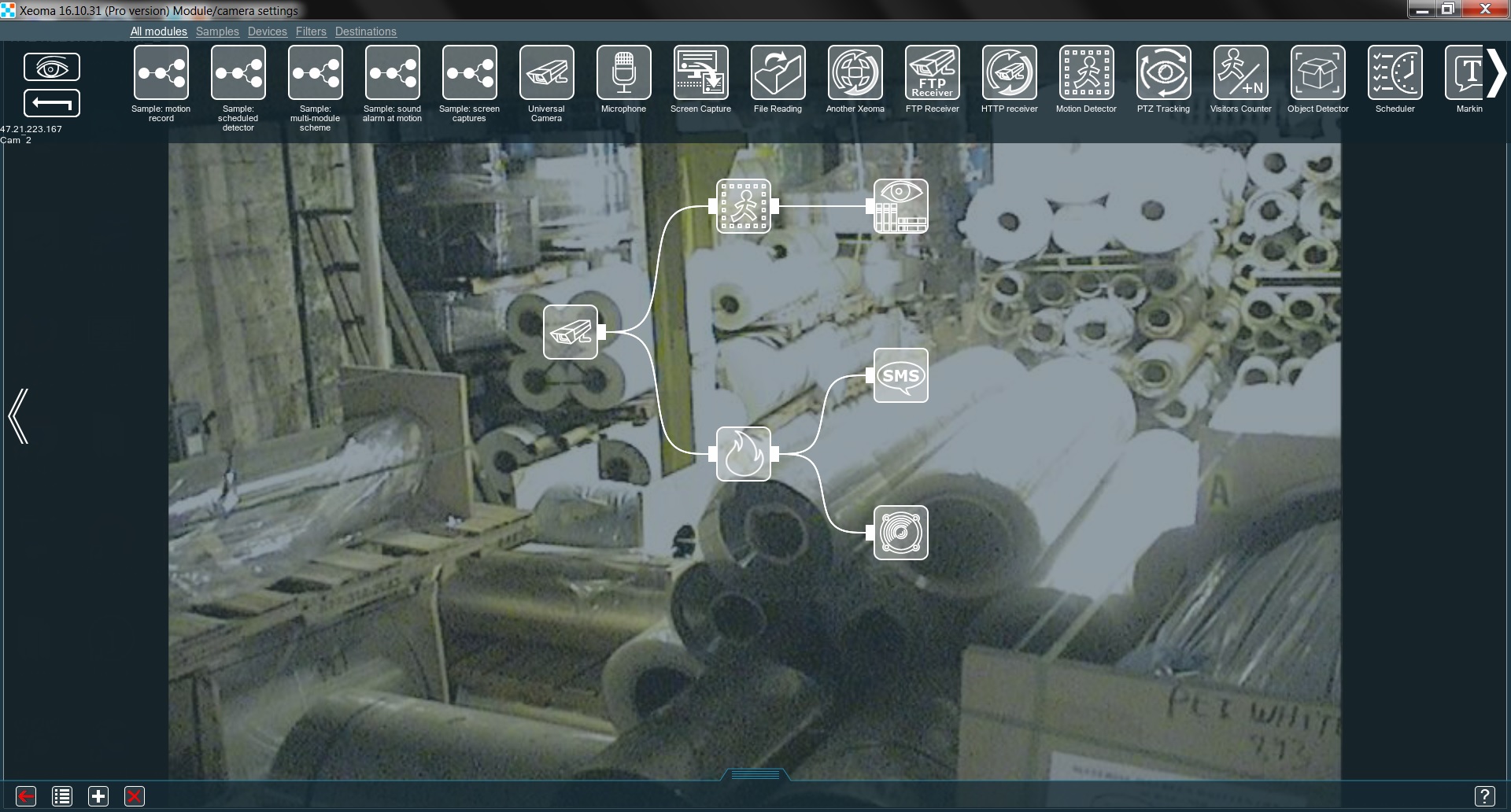 The “Motion Detector” puts all the movement it detects in the “Preview and Archive”. This includes all visitors and the smoke too. At the same time, the “Smoke Detector” informs the owner of any smoke via “SMS Sending” and trips an alarm (“Sound Alarm”).

Such smoke detector cameras ensure the earliest possible detection of the fires and, most importantly, safety for both you and your property.