Any kid asked to name services that care about your safety and security will probably mention 911-services and a couple of comic book superheros to boot. The forgotten hero here is the customs service and border protection whose only reward is often complaints, rumble bordering on hatred.

The customs is often viewed as a bad guy for several reasons. They hold us down, searching our things, making us miss flights or waste time, nerves and will to travel. Border patrol is like a blood-chilling campfire story making every traveler’s heart miss a beat. It’s the uncertainty that scares.

The truth is they are so strict for a reason. Their duty is noble and hard: being the first frontier making sure only decent people and goods are let into the country.

However, it’s hard to appreciate nobility of the job when you have to wait in long lines, probably in bad weather, stuffiness, cold, heat, thunder, – especially if you’re a good person who did nothing wrong. Probably if you’re a criminal, too. People get angry. People get violent. People do some things they wouldn’t do in normal circumstances.

That’s why having a video surveillance camera system in checkpoints is essential if not vital. Cameras, often thought of as intruders into privacy, might actually save lives. They protect both travelers and customs officers equally.

Recordings of an offline camera system
Even those cameras that are not available in live mode can be used for investigation of incidents. People of power are statistically more inclined to abuse the power they have. So the cameras there might help prove your point of view if a customs worker is being unjust or even misdemeanor.

Just last week I was traveling across the border and we were unlucky enough to win the lottery of ‘Guess whose car is getting examined today’. Wasting two hours plus in line for getting what you didn’t want is one. Watching others who were in line after you wheeling away with wind brushing their hair is another. Standing in line for 2 additional hours without the right to go to the toilet is even more frustrating. Such a potentially dangerous situation when people are denied their civil rights and feel like they should stand up for them might result in conflicts. 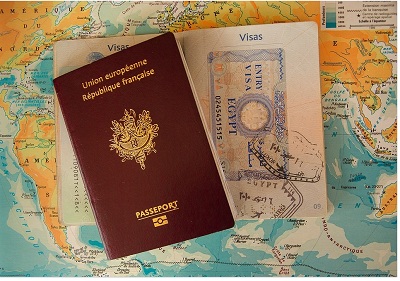 Statistics and analytics
Every service strives to make it more efficient and convenient. Camera systems can help gather appropriate information about the border bandwidth and state if there is a demand for increase in number of customs officers, gates, etc.
Some advanced video surveillance software have the ability to recognize license plates and determine if there is a criminal record for a vehicle that might be trying to flee the country.

On the overall, customs and border protection is a service similar to the police, firemen, and ambulances. Their duty is to protect citizens of a country. Much like the customs services, surveillance camera systems there are also underappreciated. They are also an art of hidden hero providing help, comfort and ensuring security where people feel most vulnerable.