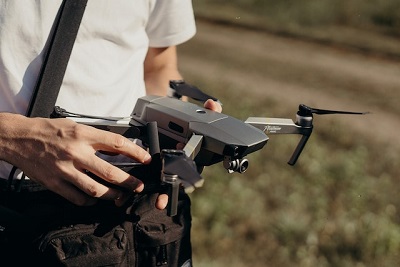 Expanded use of unmanned aircraft, usually simply called drones or UAV, has raised much uproar over the last few years both among privacy rights advocates and the entities interested in their use.
Compact and agile, oftentimes with a camera onboard, drones can infiltrate areas that could hardly be accessible otherwise. Whether it’s too distant, too high or too low, too hard to get to personally, drones can be there.

Such drones equipped with a camera can provide the FPV (“first person view”) effect which is really a form of one-person real time video surveillance, and can be used for live monitoring or investigation. Besides, a drone can have a memory card so it can record what the camera ‘sees’, and recorded video footage can be used for further investigation and evidence in court.

However, experts admit that a killer feature would be when the agility of drones will be combined with low latency (or – ideally – live) artificial intelligence analysis designed to serve a specific purpose. The AI can be trained to be looking for a missing person, detection of abnormal situation or a triggering factor for dispatching of humans. 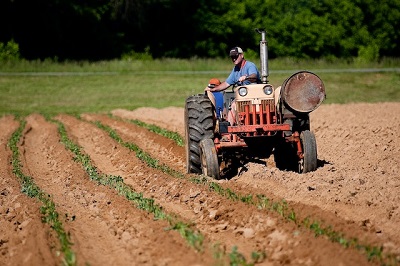 As a rule, a farm stretches across a territory of dozens of miles. Be it agriculture fields growing crops, plants, vegetables or fruits, cattle enclosures or pastures, fish reservoirs or farms focused on growing any other type of produce, all these usually comprise vast expenses. And with the vast territory comes hindered accessibility for routine patrols keeping track on the overall state of affairs. Drone surveillance can help optimize such routine tasks as guard patrols or monitoring of trespassing – and beyond.

SUBSTITUTE OF REGULAR PATROLS
A racing drone can reach velocity of 200 km/h, but even a regular drone with focus on fly time rather than speed can do a quicker fly-by across the territory than any off-road truck ever could. Besides, drones’ penetration ability is beyond competition in cross-country areas, so whatever intelligence you need to gather, whatever security matters you need to see to, drone aerial surveillance might be a cheaper and more effective option.

ANTI-TRESPASSING
Human-high corn jungles make it hard for a human security operator to detect from their post if there is an intruder on the other end of the field. Drone surveillance can not just provide a view hardly possible otherwise – for example, the bird-eye view (i.e. as “seen from the top”) – but can flexibly shift type of view thus eliminating ‘blind spots’ and providing better insight. Cunning thieves have learned to avoid the focus of traditional video surveillance cameras that hang in plain sight (let alone human security patrols) but it’s hard to plan for an unpredictable drone patrol route and scope of vision. 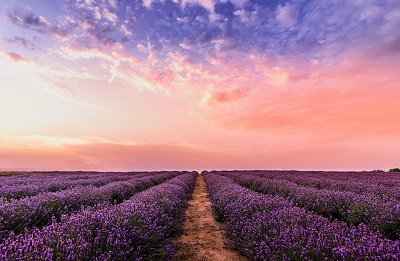 HARVESTING TIME INTELLIGENCE GATHERING
In natural farming, drones can do regular checkups of plantations, gathering intelligence on ripeness of produce and whether the time for harvest has come. This would have a priceless impact on preparing a reaping team, allocating more workforce to sections demanding immediate attention, and de-prioritizing those not ripe enough that can wait. This is especially handy in flowers farming where time is an essential factor able to spoil the plants’ most valuable features.

GEOFENCING OF CATTLE
Meat of free-range cattle is valuable both by its flavour and richness in vitamins. Aerial surveillance with drones could aid in tracking animal herds in a sort of technological geofencing without additional equipment. A UAV operator will do a quick overview of current cattle position with the opportunity for timely detection of abnormal situations or threats: trespassers, wild animals or terrain obstacles. 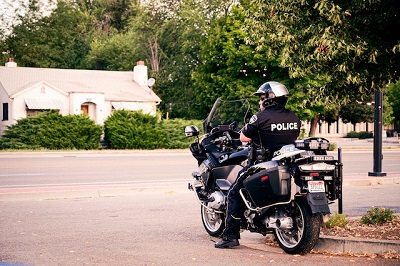 LAW ENFORCEMENT
Another big portion of drone surveillance users is naturally the law enforcement forces by the police. Saving lives is a hard job so any help of technology is welcome. Body-worn cameras for police officers, dashcam surveillance for their patrol cars, city-wide camera systems – all serve the same purpose to keep people safe. Aerial surveillance powered by UAVs is an improved version of costly manned aircraft that the police use for example when chasing a criminal.

Quick to engage, unnoticeable to a human eye, drones can be used for reconnaissance in special operations like a drug deal bust, that usually happens in outskirts or abandoned carcasses of a plant.

Drone surveillance will be a great help whether there is suspicion on illegal agriculture (in other words, if someone is growing marijuana in their fenced back yard illegally) or a need for crowd assessment to have footage of the crowd at the place of a security incident for further investigation of the route of the attacker.

CRIME SCENE DOCUMENTATION
Beside other uses in the police, drone surveillance can be a great aid in saving footage at an incident scene, especially one that is stretched out or involves many witnesses. One fly-by of a drone might turn out to be worth hundreds of pictures, providing greater situational awareness.

MILITARY RECONNAISSANCE
In military, drones have long been used for intelligence gathering and spying on enemy. This is a good way to scout the surroundings, enemy disposition and strategic objects location without face checking the unknown territory thus minimizing casualties. 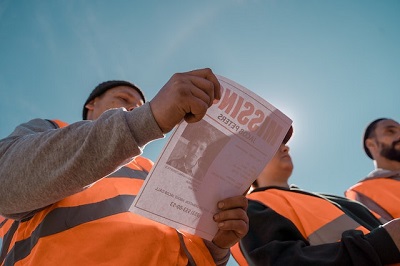 People go missing every day: some of them kidnapped, some lost due to extreme weather conditions, health or mental issues. Organizations like LizaAlert get numerous leads on accidents like that and bring together search parties to scan the area in and around forests, canyons, river banks, and similar difficult terrains. Rescue missions are often going in blind unable to get down in caverns or climb up a mountain crevasse.

Using agility of a drone, areas with hindered access can be investigated for signs of sought-for people or other hints on their whereabouts.
This solution is effective and inexpensive and can save lives for in rescue missions every minute counts. 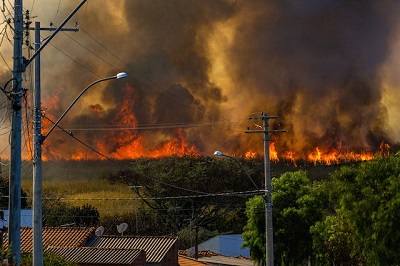 Wild fires, oil spills, industrial pollution are just a few examples of natural disasters that are better prevented or at least spotted early on.

Regular flights of drones is yet another way to keep tabs on wide-range (be it in width or in height) potential sources of catastrophic repercussions. They are a great tool to spot a starting fire in wildlife reservations, national parks or other expanses, successfully substituting a brigade of patrolers.

If the disaster has already happened, liquidation of its consequences might be dangerous, that’s why robotized mechanisms are a way to spare human resources. Aerial surveillance is a safe way to get information, for example, on oil spills from a distance, and use it in better navigation to fastest solving the problem. 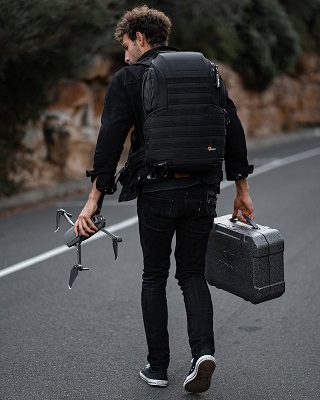 Aerial surveillance can be used for another type of business – photography. Ascending unbelievable heights, getting unusual angles, drones can capture picturesque moments. In wildlife photography, UAVs can slowly creep in towards wild animals and film the secret life of animals.

Besides, flying a drone over some scenery might help you find a perfect spot for a photoshoot, or add vividness of nature in its true colors with the extraordinary perspective of drone-powered aerial surveillance.

—
Aerial surveillance with drones is a challenging yet promising field of expertise. Drones are already used to shoot movie blockbusters, to deliver small packages, and —
and more is yet to come. Next step is embedding artificial intelligence on board of drones to make it a standalone unit to make intellectual video analytics on the fly. This task poses a couple of questions that are yet to be overcome but it seems like there is nothing impossible when there is a demand. Let’s wait and see how the story of aerial surveillance truly unfolds and whether the potential will be seized any time soon.

If you want to request custom development of intellectual analysis of any objects, sites, or actions, aerial surveillance we can help! Please contact us for a quote.

Read also:
AI-based Recognition of Drones and Airplanes in Xeoma
UAVs – pros and cons, or Why you need recognition of drones in your life