Device list is an option in Main menu that helps organize cameras in groups and do a quick jump to the selected cam. Handy when working with many cams.

After your cameras are set up and laid out on the preview, you can change camera’s name and specify what group it should belong to. Put it in square brackets: 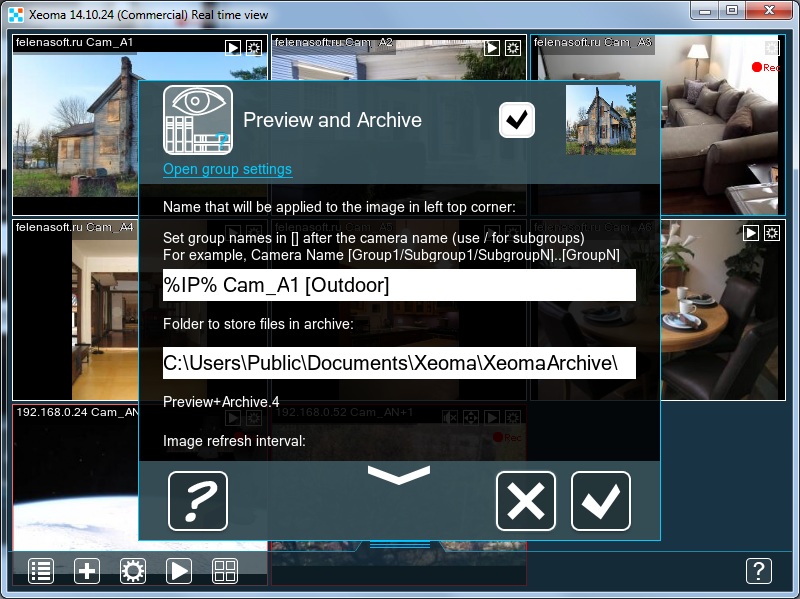 Then, turn on the Device List in Main menu by selecting the ‘Devices by groups’ option: 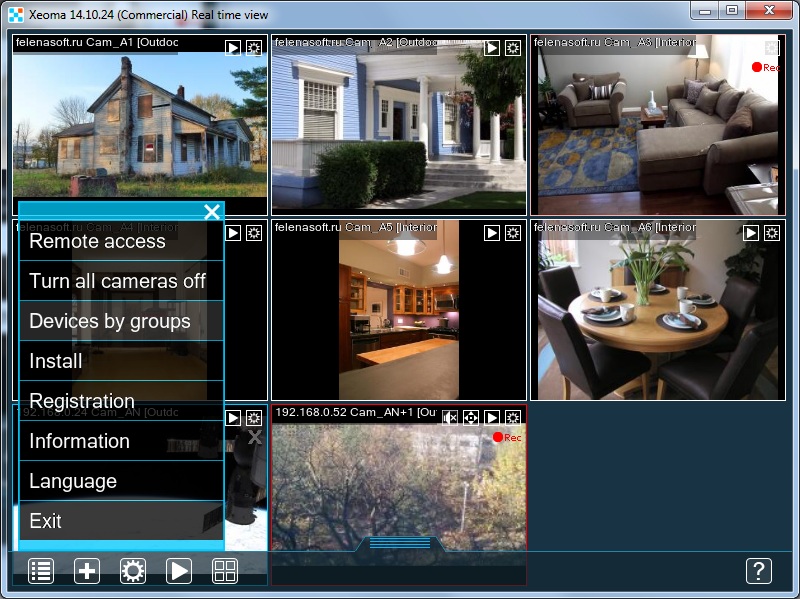 The panel will be opened on the left side. It can be dragged horizontally. When you click on a camera in the list, it will be opened. In the example, we divided all cameras into 2 groups – ‘Outside’ and ‘Interior’. 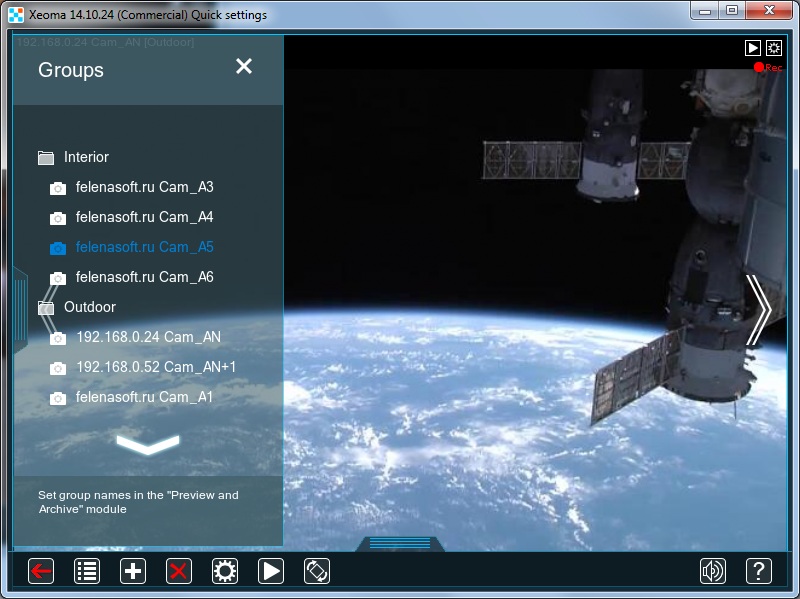 The same camera can be added to several groups. To set it, type the names of the groups the cam should belong to, in different square brackets, one after another. 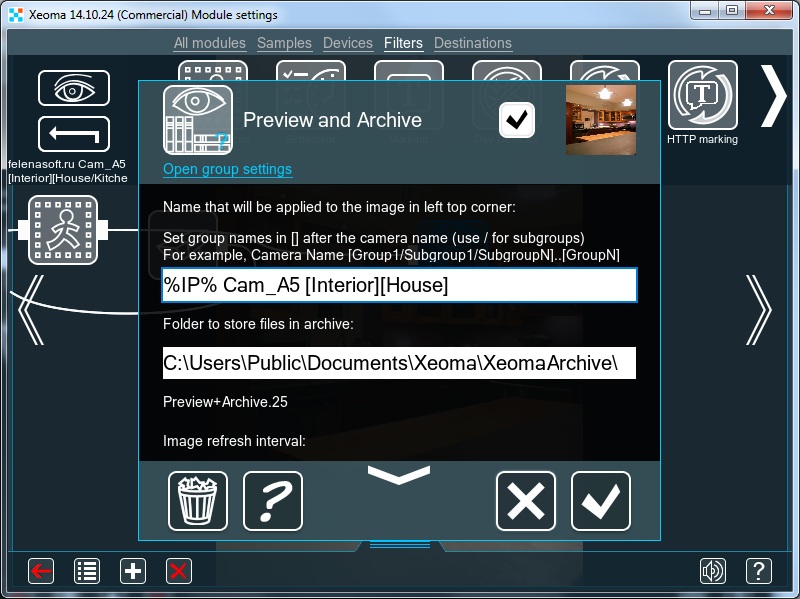 You can also put the camera into a subgroup. Use the / sign to create a subgroup inside a group: 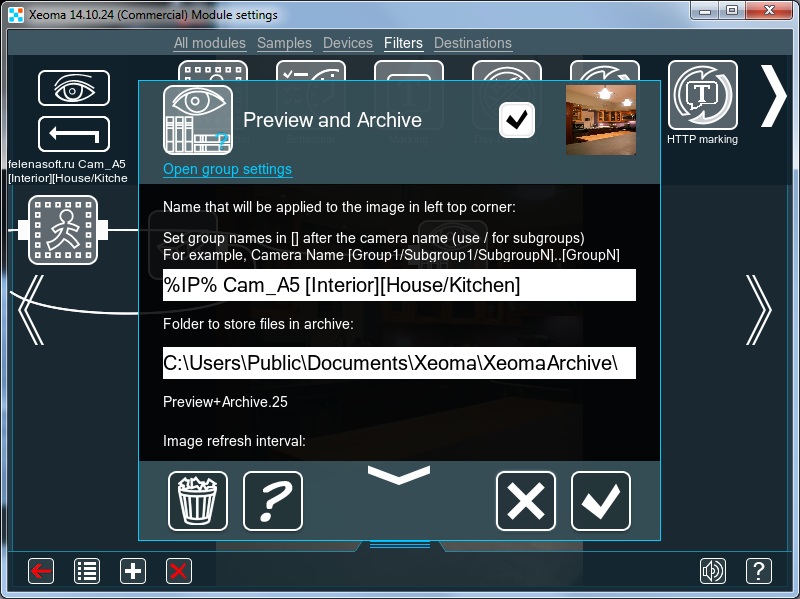 ‘House’ is a group. ‘Kitchen’ and ‘Room’ are subgroups. Below are 2 cameras that belong to the ‘House’ group but not to any of the subgroups: 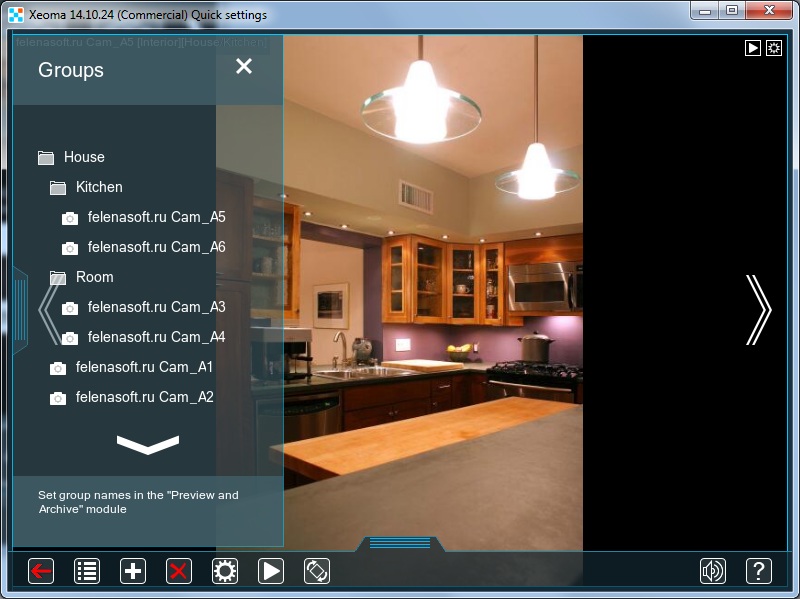 By clicking on a Group/Subgroup name you can expand or, if was already expanded, collapse the list of cameras that belong there: 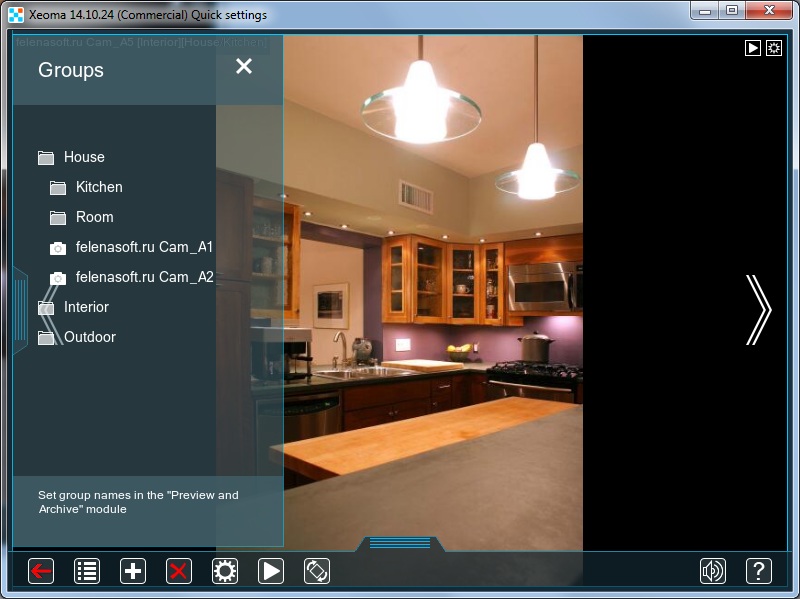 Sure, you already know how to make use of Xeoma’s Device List in your security monitoring. For more on efficient camera management, see also eMap article