← Back to the articles

ONVIF (Open Network Video Interface Forum) is an international industry organization that develops standardized protocols for the interaction of various equipment and software included in security systems. The purpose of ONVIF is to standardize the basic functions of video surveillance devices in order to facilitate the choice for the end user who, when buying devices from one manufacturer, will be sure of their compatibility with the software of another one. Ultimately, this makes the CCTV market affordable and open. ONVIF is a universal protocol supported by most devices.

The operation principle of the module “Camera-Embedded Detector” is very simple. If the camera supports ONVIF, then all the modules built into it can be connected to Xeoma. For example, the Motion detector module is built into the camera. If you connect it to Xeoma, it will react when the motion detector of the camera is triggered. This allows you to reduce the load on the central processor of your PC, because the main work with the detectors will be performed by the camera itself, without giving load to the central processor. In addition to reducing the load, this functionality can significantly increase the performance of the detectors. Also, if a camera allows connecting any external devices via ONVIF (for example, sirens, smoke detectors), they will also appear in the list of this module, and you can set them up in Xeoma. 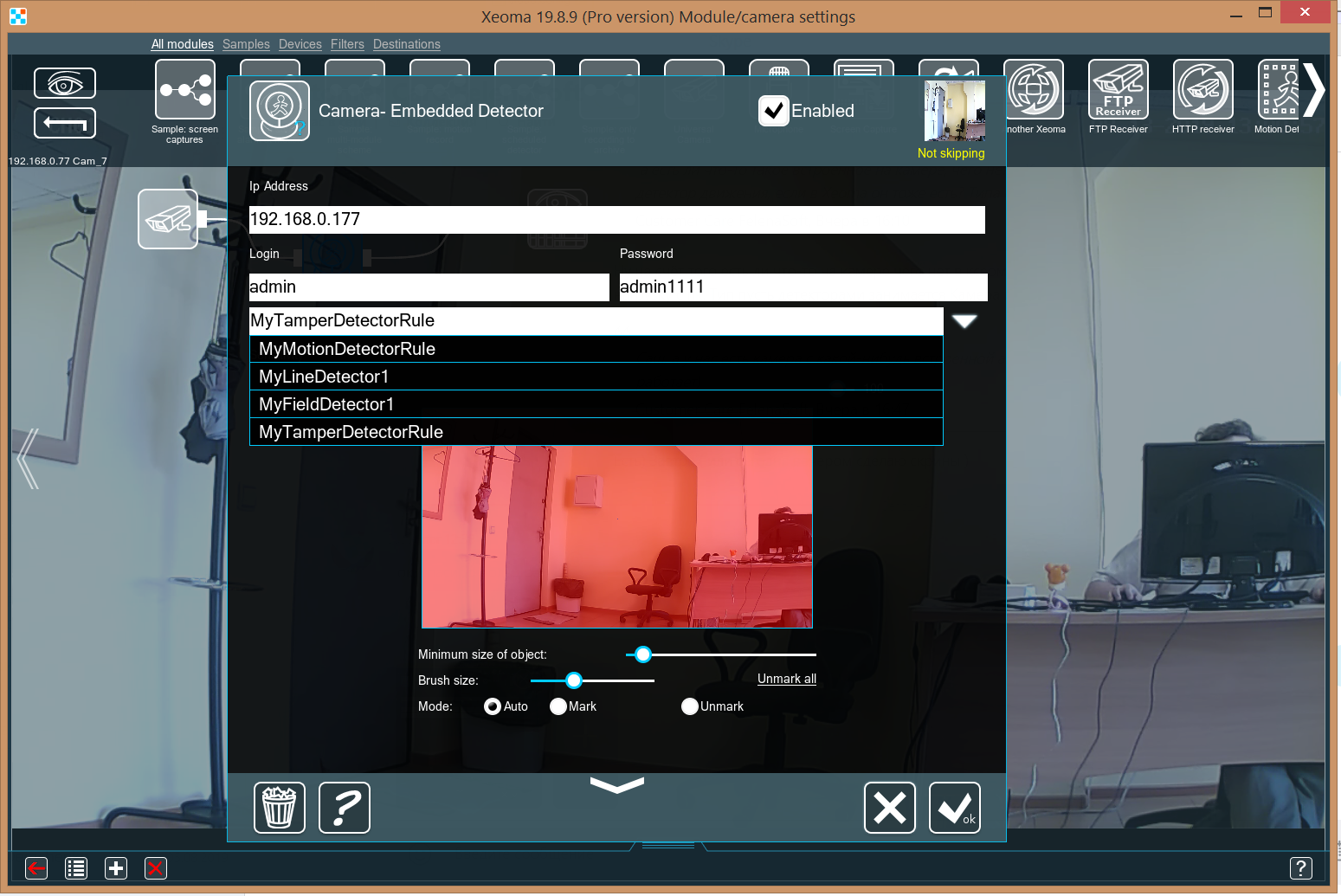 *In Xeoma version 20.10.13 and higher the green Skipping/yellow Not Skipping inscription is replaced with green Triggered/yellow Not triggered.

We see that in this case, the detector will be triggered when information is received from the following detectors built into the camera: Motion detector, Cross-line detector, Tamper detector and Field detector (Intrusion detector).

In the IP address field, enter the address of your server (if it is not determined automatically), and in the login and password fields, enter the data of your camera. Each embedded detector has detailed settings. For example, in a Motion detector, you can configure its sensitivity, as well as the minimum length of motion and the minimum time between motions (measured in milliseconds): 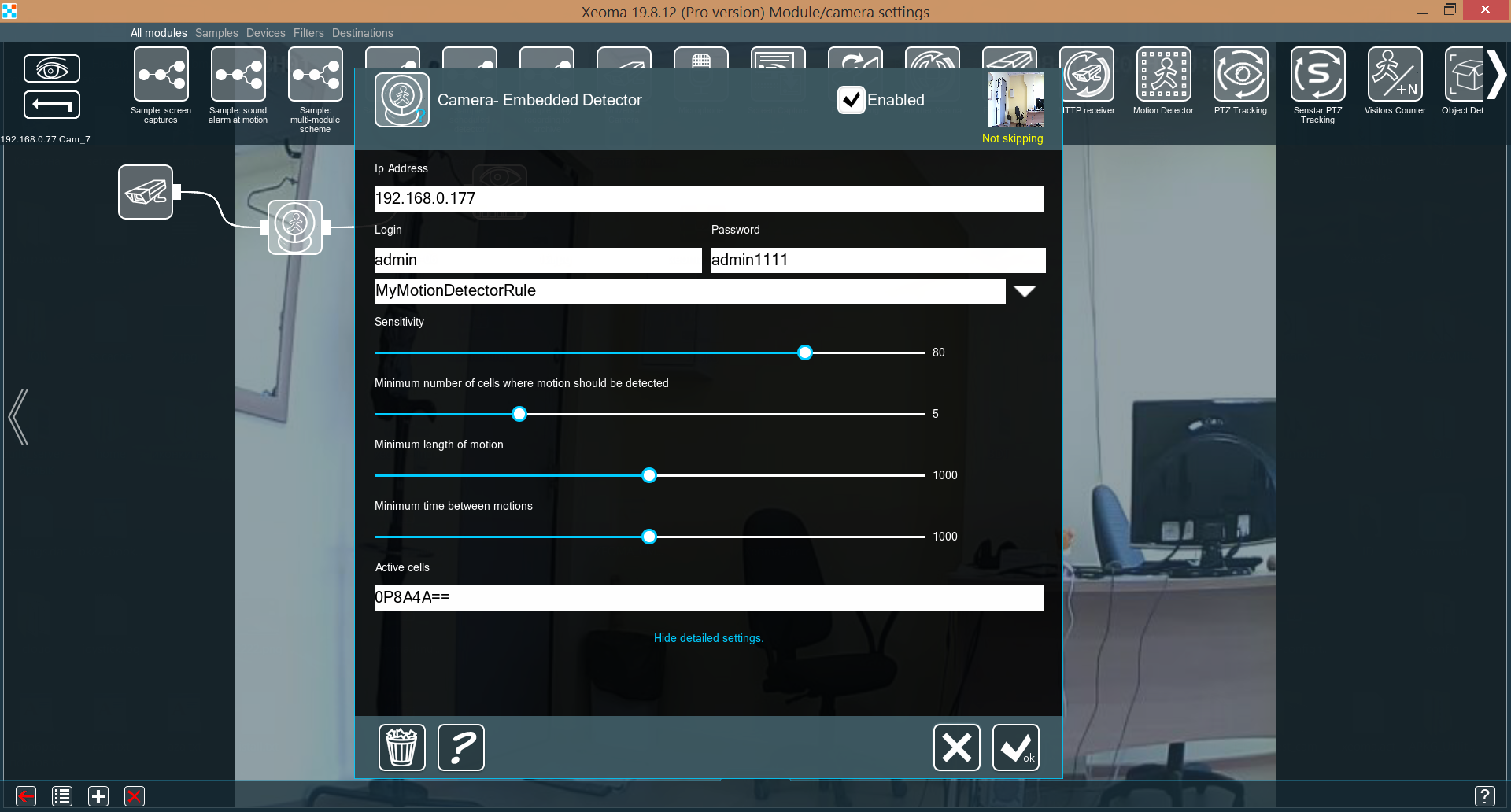